Sebastian Erb is an investigative reporter for the German newspaper taz in Berlin.

His main topics include security, extremism and the work of intelligence services, often in an international context. His research has won multiple prizes, including being named part of the "Team of the Year" in 2019, awarded by "Medium Magazin“ for an investigation about an extremist right-wing network with members in the German army and police.

Sebastian  graduated from the German School of Journalism in Munich. 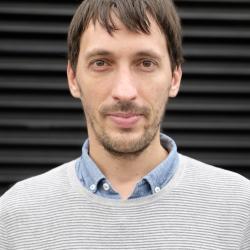