Qaanitah Hunter is an award-winning journalist and political editor at News24 based in Johannesburg, South Africa.

She won Vodacom Journalist of the year in 2016 and 2017 and the Nat Nakasa Journalism Award in 2019. She is the author of Balance of Power: Ramaphosa and the future of South Africa. Her political analysis has featured on all major national and international news outlets. She recently co-authored a book called Eight Days in July: Inside the Zuma unrest that set South Africa alight. 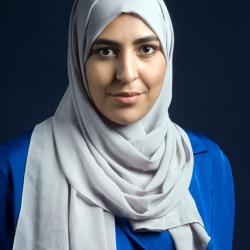