Daniel Schulz is an investigative journalist based in Germany.

Daniel was born in the GDR and grew up in the unified Germany. Together with Sabine Seifert he is head of the department of investigation and reportage at the German taz newspaper.

Daniel mostly writes about Eastern Europe, Eastern Germany and right wing extremism. His work has been awarded the Theodor Wolff Prize and the German Reporter Prize, among others. 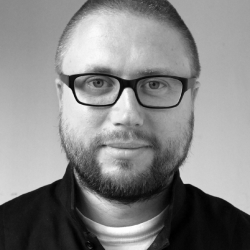