Ted Jeory is an award-winning journalist who changed career from accountancy in 2002, having worked for the likes of JP Morgan and Mobil Oil.

Since then he has worked as a news, politics and social affairs reporter and editor in local and national newspapers. He also spent many years writing an acclaimed blog about the corrupted politics of Tower Hamlets in east London.

He is passionate about journalism being a force for good at grass-roots levels and while deputy editor of the Bureau of Investigative Journalism, he created the idea for its award-winning Bureau Local project. He joined Finance Uncovered as co-director in January 2017. 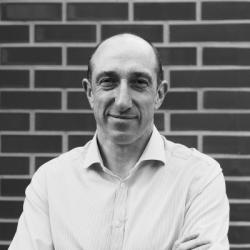 Mafias and the Far Right: The City of London Connection

Massimo Carminati, boss of an alleged mafia group in Rome, is said to have made millions of euros before his arrest in December 2014. But this financial treasure is nowhere to be found.

Nepalis abused by Nepalis in Luxembourg

LUXEMBOURG - Migrants are victims of mistreatment and exploitation by their relatives and friends in the heart of Europe. This story shows how in Luxembourg some of the poorest migrants face injustice which needs to be exposed and addressed.