Sasa Lekovic, born in 1979, used to work as journalist and editor in Croatian print media and radio. Since 2003 he has been working as a freelance investigative reporter, lecturer and trainer in Southeastern European countries as well as director of the Investigative Reporting Center (IJC) based in Zagreb, Croatia. The biggest regional projects: NetNovinar media training center Manager (Mediacentar Sarajevo / IJC, 2004 – 2007), Author and Editor of Potraga/ Missing People Project (IJC, from 2008). 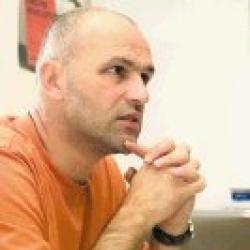 In the Name of the State

LJUBLJANA - From 1991 until 1995, the Yugoslav Wars wreaked havoc on the Balkans. War crimes of all sorts and flavours struck the region with such fierceness and frequency that by the end of the 20th century Yugoslavia had been torn apart. One of the crimes committed was the illegal trade of arms by government officials of the countries involved, acts with which they infringed the UN arms embargo.