He has contributed to numerous investigations, including the Panama Papers and the Paradise Papers. He was a key contributor to the Troika Laundromat investigation, which won the Sigma Data Journalism Award in 2020.

With an international team, he also investigated misuse of EU funds by members of the European Parliament and was shortlisted for the European Press Prize in 2017. Šarūnas has received several national awards and became the first laureate of the Investigative Journalism Prize established by the Vilnius University, awarded for his efforts to revive investigative journalism in Lithuania. 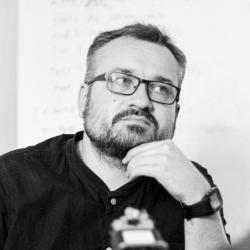 Belarusian Tycoons Slipped into the EU via Lithuanian Investments

LITHUANIA-BELARUS - A cross-border investigation by Lithuanian and Belarusian journalists follows the trail of Alexander Zaytsev and Aliaksei Aleksin, two Belarusian businessmen considered to be close to the Alexander Lukashenko regime.

MINSK - "Belarusian government allocated money from the budget to fund projects of Chyzh and Tomaševskij. Businessmen have been given benefits and exclusive opportunities to increase their income."