Sandra Weiss is an award-winning German journalist and political scientist.

She is part of the journalism cooperative Riffreporter and has been working as a freelancer in Latin America for over 20 years.  Her main interests are human rights, the environment and organised crime. She specialises in multimedia productions.

Together with Florian Kopp, she was nominated in 2015 for the Grimme Online Award with a multimedia story about the failed reconstruction of Haiti after the earthquake. In 2019,  she received the Catholic Media Award together with Swiss filmmaker Charlotte Eichhorn for a long-term storytelling project called „Death of a Nation“ about the struggle for survival of indigenous in South America. 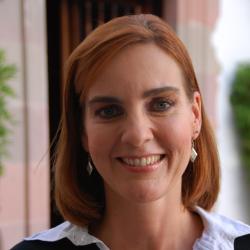 Can Blockchain Make Our Chocolate Fairer?

PANGUINTZA - In Ecuador, cocoa farmers with UN financing and the support of a Dutch Foundation implemented blockchain technology to undermine the market power of big food companies and create more transparency in international supply chains. It’s a desperate intent to fight back illegal gold mining in the Amazon and generate more income for peasants.