Ruth Hopkins is a freelance journalist based in South Africa and the UK. She is an award-winning investigative journalist.

She worked as a journalist with the Wits Justice Project in Johannesburg from 2012 to 2018, producing content about wrongful convictions, lengthy remand detention, police brutality and various other criminal justice issues. Ruth wrote a book on trafficking women into Europe I will never let you go again (2005) and broke an international story in 2013 on private security company G4S’s South African prison. In 2016 she was awarded the Sylvester Stein fellowship. She published a non-fiction investigative book on the private prison, Misery Merchants, Life and Death in a Private South African Prison (2020). She also worked on an international documentary film based on the same investigation. It premiered in November 2019 to acclaim at the International Documentary Film Festival in Amsterdam.

Ruth is the founding editor of the Private Security Network, a transnational network of investigative journalists from around the globe who are investigating private security companies. G4S’s global security operation is the subject of their first transnational investigation. 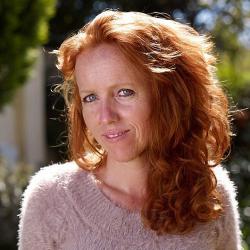