Nicola Cutcher is an investigative journalist and filmmaker.

She co-produced Syria’s Disappeared: The Case Against Assad with the director Sara Afshar for Afshar Films. The film was nominated for a BAFTA and won Investigation of the Year at the British Journalism Awards. She also recently produced Rivercide, an investigative documentary about the polluted state of Britain's rivers and what we can do to clean them up. 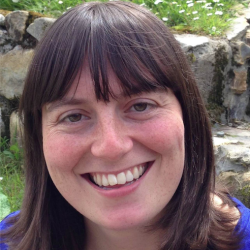 Aragón (Spain), Herefordshire (United Kingdom) and Lower Saxony (Germany) have become areas with a very high density of intensive farms. An international investigation reveals the dynamics behind the expansion and the pollution of rivers, aquifers and even tap water that it brought along.

The Special Branch Files Project is a live archive of declassified files focusing on the surveillance of political activists and campaigners.