Lukas Augustin is a filmmaker and journalist based in Berlin, Germany.

His work has been nominated for an EMMY and he won twice the CNN Journalist Award in 2013 and 2015.

Lukas was one of the cinematographers of „Watani - My homeland“ that was nominated for an Academy Award in 2017. Forbes Magazine put him on the “30 under 30“ list in the media section. 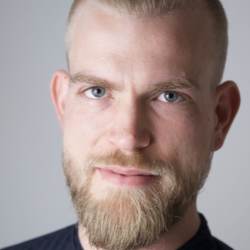 LUBUMBASHI, KOLWEZI, BERLIN - To make the batteries for electric cars, manufacturers need cobalt. This documentary shows the efforts of the European car industry to ensure proper supply chains, and documents in the cobalt mines in the Congo that this is impossible.