Lex Rietman is a Dutch freelance journalist and media analyst based in Barcelona.

He works as a correspondent for a wide range of newspapers and magazines in The Netherlands and Belgium. He is also a radio and tv maker.

Over the past decades, he has written and produced numerous articles and reports on inequality, corruption, migration, human rights, and abuse of power. His work is aimed at contributing to a better understanding of socio-economic and political reality in Spain and Portugal, as well as in Northwest Africa and Latin America. 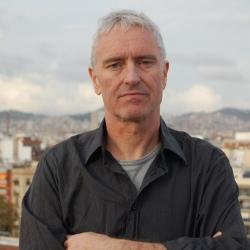 The myth of EU migration policy against criminal networks

SERREKUNDA - Irregular migration from West Africa to the Spanish Canary Islands has risen from 2,700 boat refugees in 2019 to over 23,000 in 2020. This has caused a great deal of social and political concern.