She has worked in Middle Eastern conflict zones since 2007 and has reported from difficult environments about criminality, human rights issues, trafficking, terrorism and the trade of weapons.

Since 2010 she’s been focused in particular on the aftermath of the American occupation of Iraq and, from 2012, on the Yemen post-revolution. She contributes to international print media, magazines and broadcasters (Index on Censorship, Guernica magazine, The Week India, TRT World, Transterra media, RSI) as well as Italian media (Avvenire, La Stampa, La Repubblica, L'Espresso, Skynews, Tv2000, Rai 3 TV). She is a radio presenter at the Italian public service broadcaster (RAI Radio 3) and the curator of the foreign affairs radio show Radio3Mondo. She has produced, shot and distributed ten video documentaries: the latest, Yemen despite the war, is a rare insight into the daily life of Yemenis who are trying to develop a new culture of peace in a country devastated by the current war.

She has lectured at many European institutions including the Reuters Institute for the Study of Journalism in Oxford. She has written the e-book Letters from Guantanamo (Il Reportage, 2016) and, with Paola Cannatella, the graphic novel The Yemeni bride (Becco Giallo, 2017) which has been translated into four languages. 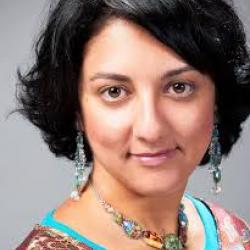 The first bomb hits the village of Deir al-Hajari in north-western Yemen on October 8, 2016 at around 3 a.m. The air strike kills a family of six: a pregnant mother, her husband, and four children. The survivors watch as their homes are destroyed by the air raid.