She is a regular contributor to the BBC and has reported several radio documentaries for its World Service, one of which was a finalist in the New York Radio Awards Best Documentary category. Her writing has also appeared in The Guardian, The Economist 1843, Wired, The Nation, Foreign Policy and many more, and she has been awarded grants and fellowships from the International Journalistin-Programme, the International Women's Media Foundation (IWMF) and the Alfred Toepfer Stiftung. In 2020 she was lead editor on Summer of Solidarity, a Europe-wide pop-up collaborative journalism project. 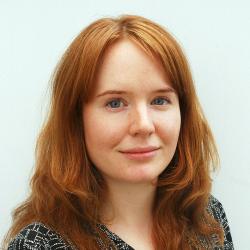 LONDON/TIRANA - Our team reported on the field in Albania, traveling to the cities of Tirana, Kukes, Elbasan and meeting young people who had recently been forcibly returned from the UK after arriving in small boats across the English Channel from Calais, France.