He was involved in transnational investigative projects between Europe and West Africa supported by the german NGO CiFAR. He has worked in Ivory Coast for 3 years with “l’Éléphant Déchaîné“, an ivorian weekly investigative newspaper.

He has written stories mainly about the marine economy in several sectors like fishing or maritime transport in Abidjan’s port. He has also worked on the mafia of land transport for Vice Magazine. 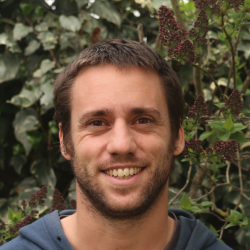 Perenco's black oil in the DRC

MALELA - This investigation documents the company's environmental damage in a Mangrove natural park, foremost among which is its ground-level flaring, a practice that has been banned in the country since 2015, and which is the cause of very high CO2 emissions and very significant nuisance for agricultural activities, the main means of subsistence for the populations.