Davide is a freelance journalist and video-maker based in Brussels. His current focus is on environmental issues in Southern Europe and his works have been published by VoxEurop, Euronews, la Repubblica, Domani, Il Fatto Quotidiano. He worked for PICUM, a human rights advocacy NGO based in Brussels, and he founded an awarded video-based news platform, Media Vox Pop. He was a VICE-Knight Innovator fellow at City University of New York and a Mundus Journalism alumni. 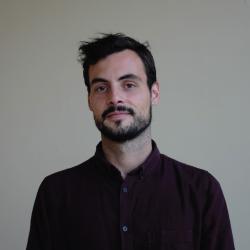 SARDINIA - EVIA - The Mediterranean basin is a hotspot of the climate crisis, with average temperatures rising above global trends. Heat waves, droughts and a combination of anthropogenic factors are provoking new generations of wildfires that are devastating for ecosystems and for human societies.