Daham Alasaad is an investigative journalist and filmmaker focusing on human rights violations, immigration and corruption.

He is a regular contributor to Dagbladet Information (Denmark), 360 magazine (Denmark), La Croix in France and multiple Arabic publications in the Middle East.

Alasaad’s investigations and documentaries are published in Arabic, English, Danish and French. He was nominated to several journalism awards. His latest film ‘The People Of No Man’s Land’ (2019) and ‘One-way ticket’ (2020) was broadcasted on different channels and screened in Denmark, while also receiving the Migration Media Award 2019. 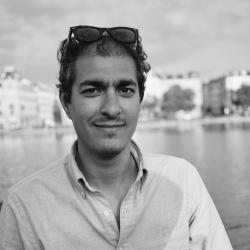 Over thousands of camel shepherds have fled Syria to the European Union, crossing the sea and mountains to seek refuge following the tragic ongoing war, that has changed their lifestyle with loss of camels to illegal trafficking.

Syria: The hunt for war criminals in Europe

DAMASCUS - Every month, crimes committed in Syria since 2011 have repercussions on European soil and lead to new actions, thanks to the involvement of Syrian lawyers and human rights defenders. Mazen, Maryam, Anwar, and Hadi and many other defenders of justice and human rights track down suspected criminals, collect evidence and documents to bring these criminals in front of European courts in the name of the principle of universal jurisdiction.