Alexandre Brutelle is a foreign reporter and freelance investigative journalist since 2014. He has worked on illicit financial flows, environmental crime and human rights abuses in Middle Eastern, African and European countries.

In 2017, he created the data-journalism project Politics Watch, the first online database about criminality in the public sphere. He is an investigative journalism project coordinator for the NGO CiFAR since 2019 and has been a trainer for several journalism workshops.

Alexandre investigated the Mubarak clan ill-gotten assets in the EU from 2018 to 2019 and managed three cross-border investigative projects on water privatization in Bulgaria, occult wood trading in Ghana and shale gas in North Africa afterwards.

As a trainer and project coordinator, he also organized CiFAR investigative program : “Investigate the Western Balkans and North Africa” from late 2019 to early 2021.

Alexandre co-founded the Environmental Investigative Forum in 2020, a non-profit organization designed to provide support, funding and expertise to team of scientists and journalists for environmental investigations. 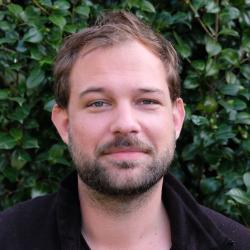 SOFIA - Excessive water cuts to its consumers, questionable management of tendering procedures, constant increase in water prices in the face of significant leaking of its outdated infrastructures. These features of a global water giant, repeatedly singled out by the press, are no longer a secret in France.

Despite being owned by one of the richest French families, the Perrodos, the French-British company Perenco has a long history of secrecy and discretion...

The Frenchman who sold timber from Ghana

ACCRA, PARIS - A French official got into wood exportation without paying any taxes on this commercial activity. Despite his presence in the Panama Papers he was awarded the French Order of Merit.