Aiganysh Aidarbekova joined Bellingcat in 2018 as an OSINT researcher and trainer from Kyrgyzstan. She conducts open source investigations ranging from corruption to flight tracking.

Aiganysh is particularly interested how the open data of state structures can be used to detect corruption.

Her recent works include QAnon conspiracies in Eastern Europe, conflict research in Tajikistan against minority populations and the invasion of Ukraine. Aiganysh is also part of Bellingcat’s TechTeam project which specializes in data driven investigations and tool development. 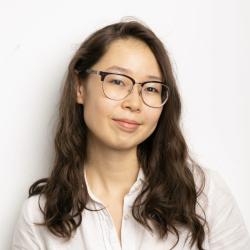 CAMPOBELLO DI MAZARA –  Bearing the brunt of deadly heat waves and extreme weather, migrant farm workers in Italy and Spain are on the frontline of Europe’s climate emergency. While the media has focused on the impact of rising temperatures on European citizens, hundreds of thousands of migrant labourers in Italy and Spain toil away in 45°C temperatures picking olives, harvesting tomatoes, planting seeds, and irrigating crops.