Agostino Petroni is an independent Italian journalist who has covered marine environmental issues in the Mediterranean basin.

He is an independent reporter for publications like National Geographic, The Atlantic, and The Guardian.

Agostino Petroni is a 2020 MA-Politics graduate from Columbia Journalism School. An economist and a gastronome, Petroni published "Memoria Nueva–Stories of Guardians of the Earth" and produced "Heartwood," a documentary about gastronomic resilience of three Latin-American Indigenous communities. Petroni has reported in the Americas, Europe, and the Middle East. 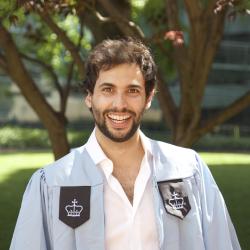 According to a 1980 international UN law, the Northeastern Atlantic countries must meet regularly to agree on a fishing quota for each country––so that everybody gets a fair share and fish stocks don't get overfished. The multilateral agreements are supposed to ensure that no government exploits the moving fish resource within their borders.