Since 2017, she’s been working on mining issues in Africa, from a local outlook. She aims to report how the extraction of raw materials is impacting the people, the environment, and countries through its public policies. Faivre is also an attentive observer of the resulting geopolitical rivalries. Her stories and investigations are published in national media such as Libération, Le Point Afrique, and also broadcast on French public radio France Inter. 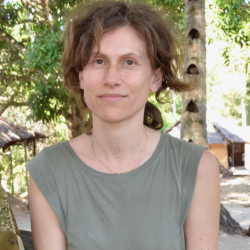 Simandou: a mountain of wealth and bribery cases

CONAKRY - A team of journalists followed the money, investigating Guineagate, a corruption case that involved a French national promoting the interests of a private company that sought a mining license at Simandou Mountains, the world’s largest known deposits of untapped iron.